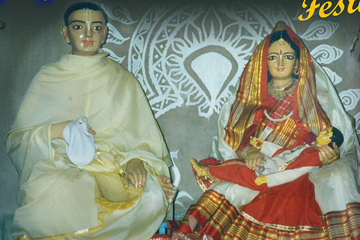 Jagannatha Misra appeared as the father of Lord Caitanya Mahaprabhu.